TWO EQUAL AND OPPOSITE FORCES 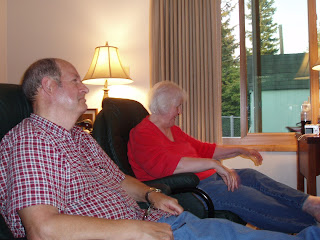 So what does it mean that we are a couple?

I found one particularly interesting definition in the dictionary.  Something joined by two equal and opposite forces that act along parallel lines.  Sounds like subatomic theory, but I think that describes a couple pretty well.  Two equal, yes equal.  Two opposite forces.  Yes opposites.  That act along parallel lines.  You know, like a railroad track.  Yes.

Some of us get very hung up with Scripture which seems to imply in several places that the man is a little above the woman.  Some folks like to say the man is the head and the woman is the heart.  Thank God, my head and heart don’t squabble about this Scripture.  It would really mess me up.  “Hey, you, get over yourself.  I’m the heart here.”  “No, you get over yourself.  I’m the brains of this deal.”

Men have just as much heart as women and women have just as many brains as men.  We have really distorted the wonders of God’s creation by assigning gender to head and heart.

So let’s struggle with the definition.  We are equal and opposites.  So we are going to tug with one another.  We might even disagree and fight.  Wow!  Imagine that!  But we act along parallel lines.  The railroad tracks must remain parallel.  One rail cannot place itself above or below the other without derailing the train.  So as much as we may never become one, we are a ONE in a very unique way.  God was really creating something pretty awesome here.

And, as a couple, we always bring the best out in eachother.  So my rail supports your rail if we are going to remain a track, a couple.  And I have to trust that your rail will always have my rail’s best interest at heart.  And I have to believe that you do what you do for a good reason.  So sometimes I may not agree with you, but I don’t take it personal and I continue to travel alongside of you so we can remain a couple.

So what do you think?

Need some support in exploring who you are as a couple.  Well, that support is only a click away.
BARNES and NOBLE or AMAZON.

THANKS FOR READING, COMMENTING, AND INVESTING IN YOUR RELATIONSHIP.

Posted by Vernon Bradley at 2:33 PM