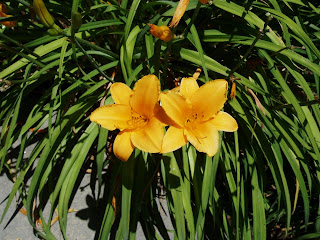 Bob recently told me  “At times, a phone call from a woman colleague will trigger jealousy for my honey.  It may seem ridiculous to me and also annoying because I don't do anything consciously or on purpose to trigger her jealousy, so I remind myself not to react or overreact and instead to simply reassure her that she is the love of my life.  There is no other.  But oddly enough, I actually get a little excited when she gets jealousy because it's just another reassurance, in a funny sort of way, that she really does love me."

Ah!  More interesting.  Her jealousy will feel controlling and constantly trigger his insecurity.  Wow!  Think about this and talk about it with each other.

Sometimes, when one or both of you are expressing a lot of jealousy and trying to control the other person's activities, it may be an indicator that there is a BIG ONE in the relationship, a BIG ONE that you both chose to bury and the BIG ONE, as can be predicted, has finally buried you.

So what is a BIG ONE?  A Big One is one of those over-the-top events in your relationship that you both chose not to deal with for whatever "good" or not-so-good reason.

So check out both Chapter 16 “The Big One,” and Chapter 19, “Rituals For Healing and Forgiveness.”

You can purchase your copy of the book at AMAZON or BARNES AND NOBLE.

THANKS FOR READING TODAY'S BLOG, THANKS FOR COMMENTING, AND THANKS FOR PURCHASING A BOOK AND INVESTING IN YOUR RELATIONSHIP.

TWEET this page to a friend.
Posted by Vernon Bradley at 1:11 PM